Since the 180 is now gone I thought it appropriate to move the blog and adjust the title. It can now be found here: http://dbsmotorsport.wordpress.com/

I guess I have some explaining to do!

The decision for me to sell my car may have seemed quite sudden, but as I've explained to a number of people lately it has been a drawn out and lengthy decision making process that has caused me quite a bit of angst over the last few months. I've always said that deciding between 2 race cars is a great problem to have, but that doesn't mean it's not difficult!

The car that started all of this confusion is this: 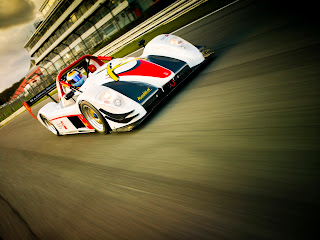 It's a Radical SR3, and if you've not heard of one before then check this out: http://www.youtube.com/watch?v=Cx5IdcSyEMo

Basically it is a LMP type race car, powered by a 1500cc Haybusa engine, revving to 10,500rpm and making 252hp. Combined with a weight of 500 odd kilo's and it's a bit of a weapon. A friend of mine, his father and myself  went to Eastern Creek to try one out in October, and I decided it was the car for me.

To cut a long story short, I was offered a fantastic car from Radical UK on some great terms that worked well for me, and at the same time an offer came in for my SR22DET. I purchased the Radical, and sold the engine which was quickly followed by the rest of the car.

As much as I'll miss the 180, this just looked like the right long term decision for me right now. After 4 years off the track I'm getting a little tired of it and want to be back out there, and this will give me the best opportunity to do just that while having full factory support and for a relatively reasonable cost.

Stay tuned for a Radical blog one of these days!